Transitions in technology impute heterogeneity, sometimes in a transient way. However, the proliferation of new technologies, particularly in wireless and content distribution networks, increasingly display a behavior where technologies overlap rather than substitute each other.

This type of persistent heterogeneity can thus be envisaged as intrinsic and persistent, rather than treated as an imperfect approximation of a desired, ultimately homogeneous, platform. We argue that coding and virtualization are key technologies for rendering such heterogeneity not just manageable, but beneficial, for performance, extensibility and robustness.

Muriel Médard is the Cecil H. Green Professor in the Electrical Engineering and Computer Science (EECS) Department at MIT and leads the Network Coding and Reliable Communications Group at the Research Laboratory for Electronics at MIT. She has co-founded three companies to commercialize network coding, CodeOn, Steinwurf and Chocolate Cloud. She has served as editor for many publications of the Institute of Electrical and Electronics Engineers (IEEE), of which she was elected Fellow, and she is currently Editor in Chief of the IEEE Journal on Selected Areas in Communications She was President of the IEEE Information Theory Society in 2012, and served on its board of governors for eleven years. She has served as technical program committee co-chair of many of the major conferences in information theory, communications and networking. She received the 2009 IEEE Communication Society and Information Theory Society Joint Paper Award, the 2009 William R. Bennett Prize in the Field of Communications Networking, the 2002 IEEE Leon K. Kirchmayer Prize Paper Award and several conference paper awards. She was co-winner of the MIT 2004 Harold E. Edgerton Faculty Achievement Award, received the 2013 EECS Graduate Student Association Mentor Award and served as Housemaster for seven years. She received the 2016 IEEE Vehicular Technology James Evans Avant Garde Award, and the 2017 Aaron Wyner Distinguished Service Award from the IEEE Information Theory Society. In 2007 she was named a Gilbreth Lecturer by the U.S. National Academy of Engineering. 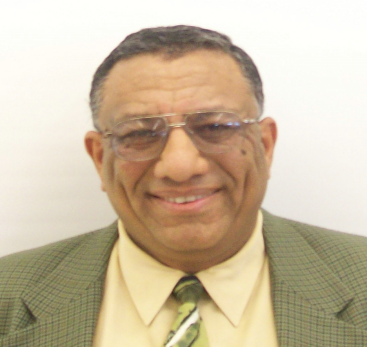 The 5th Generation of mobile communications (5G) is due to start its roll out from 2020, and the global research efforts over the last 5 years or more have started to concretize into the first standards drafts. The 5G-XHaul project focuses on the transport infrastructure required to support the new envisioned 5G services. The project studies the convergence of wireless and optical transport, with a unified control plane based on Software Defined Networking (SDN), as well as the convergence of backhaul (BH) and fronthaul (FH). Developing X-haul solutions for 5G poses new challenges, with requirements for very high capacity and low latency. Because of its simplicity, interoperability, and cost efficiencies, Ethernet has been the ubiquitous standard of choice for Local Area Networks (LAN), and it is the hottest thing going in metro networking. In this talk we will describe new advanced Ethernet Technologies that make Ethernet the preferred choice to support the requirements of IMT-2020/5G transport networks.

Hesham ElBakoury is a thirty five year veteran in the telecommunications and data networking industry with an extensive background and expertise in the architecture, design and development of Distributed Systems and Broadband Access, Enterprise and Telco Communications Systems. He is a Principal Architect in Futurewei focusing on advanced technology research and standards in the network research Lab. Prior to joining Futurewei Mr. ElBakoury was Chief Systems Architect in Hitachi-CTA EPON Access Systems Division, and Chief Systems Architect in Nortel and Bell-Northern Research where he led the architecture,  design and development of several very successful Switching/Routing, Security and Carrier Ethernet products. In Nortel/BNR, Mr. ElBakoury initiated and led the Autonomic Network research project in the Enterprise division, and the Software Design and Code reuse Project in the Data Networking division. Each project has multiple task forces to address different project activities and tasks. Mr. ElBakoury has been active in different standard groups including IEEE 802, IEEE 1904, IETF, ONF, OIF, MEF, the SCTE Energy 2020 program, and CableLabs where he has been heavily involved in IEEE 802.3/802.1, DPoE/DPoG, DOCSIS 3.1, Full-Duplex DOCSIS 3.1, SDN/NFV, Distributed CCAP Architectures, and Business Services projects. He has several publications and patents in the field of Networking, and he holds M.S.C degree from Waterloo University, ONT, Canada.